One of the key features of the Lola Microphone Preamplifier is the inclusion of two 990 op-amps. Deane Jensen’s now famous JE-990 paper describing the design, testing, and theory behind a powerful ultra low noise operation amplifier, was first introduced in the  February 1980 AES journal. The design started with the LM394 dual super matched transistor as the input device. The LM394 is actually a monolithic device consisting of two pairs of 50 transistors connected in parallel to eliminate random variations in the individual devices. In addition to being designed for low noise, the JE-990 is a powerful op-amp capable of adequately driving a 75Ω load.

Many commercial versions of the 990 design are available for purchase today.  The John Hardy Co JH-990 is certainly the best and most well-respected version.  Luckily, it’s also one of the most affordable. Unfortunately the JH-990 is potted and not very DIY friendly. Many of the other designs available for purchase fall short of the original design and are “990″ op-amps in name only. Shortly after the release of the Lola, I began considering offering a DIY JE-990 that would be affordable, authentic, and easy to build. Or at least as easy as soldering over 30 components on a one-inch square PCB can be. Certainly it would need to a 2520 footprint and I would need to source an affordable LM394 substitute. Luckily much of this work was completed a few years ago by MNATs when he designed a DIY JE-990 2520 layout. I contacted MNATs about reworking the PCB for a different input component to replace the discontinued LM394 and he agreed to give a shot.

The common replacement for the LM394 is the Analog Devices MAT12. The MAT12 is the successor to the MAT02 and is available in a TO-78 thru-hole package. A very elegant component, but not a cheap one. They can cost $15-$30 depending on quantity. You can start to see that the John Hardy 990 is very reasonably priced.

Luckily there is another option. Analog devices also offers the SSM2212 which a surface mount component offering even better performance specs than the LM394 or MAT12. Even better, it can be purchased for a fraction of the cost of the LM394. 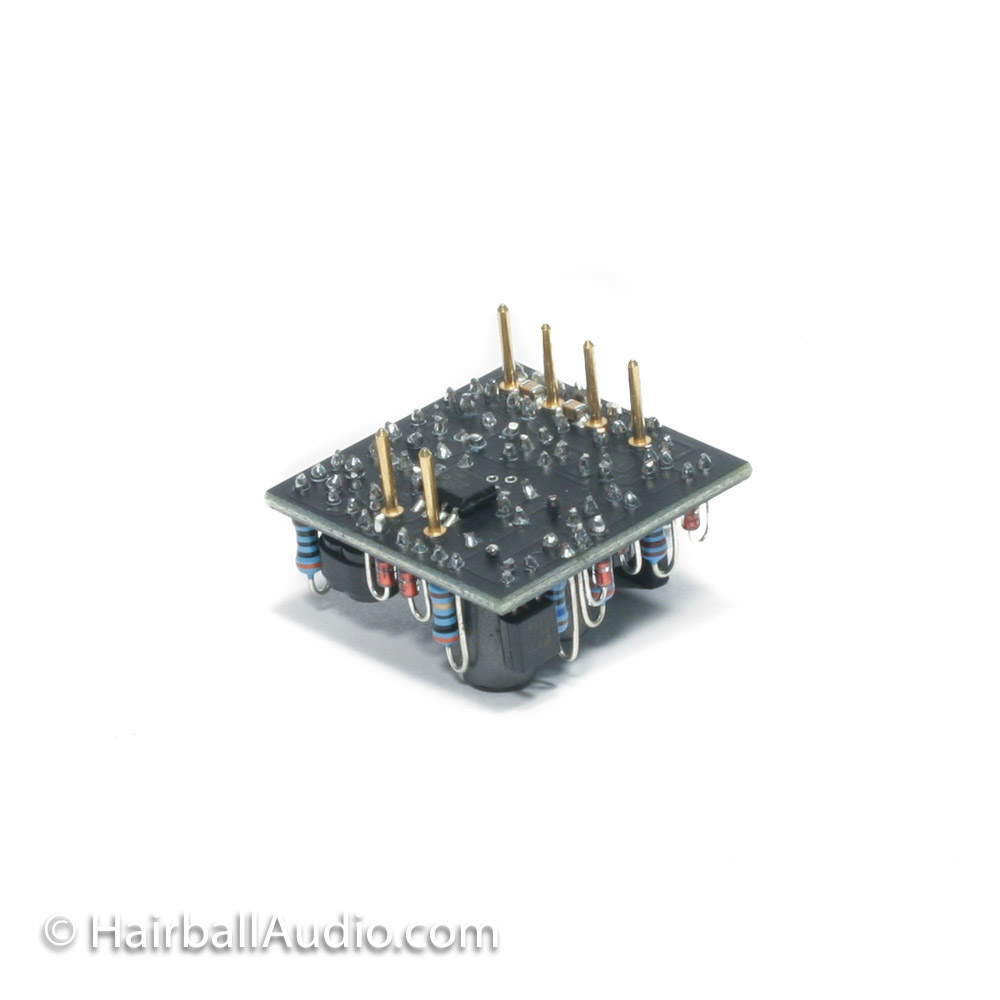 Pictured is the result of MNATs hard work and my soldering. You can see the SM2212 is mounted on the bottom. What you may not see are the two 0.1uF SMD power supply bypass capacitors at the supply pins. In true MNATs fashion the layout is, on its own, a work of art. CR3 is a diode-connected transistor matching Q3 and thermally coupled using a piece of heat shrink. The output transistors are thermally coupled to biasing diodes using the clip described in the JE-990 paper.  The thermally coupled biasing diodes provide enough current limiting stability for the op-amp to drive a shorted load indefinitely with no heat sink. All of the components used are those quoted in the JE-990 paper or their modern equivalent. 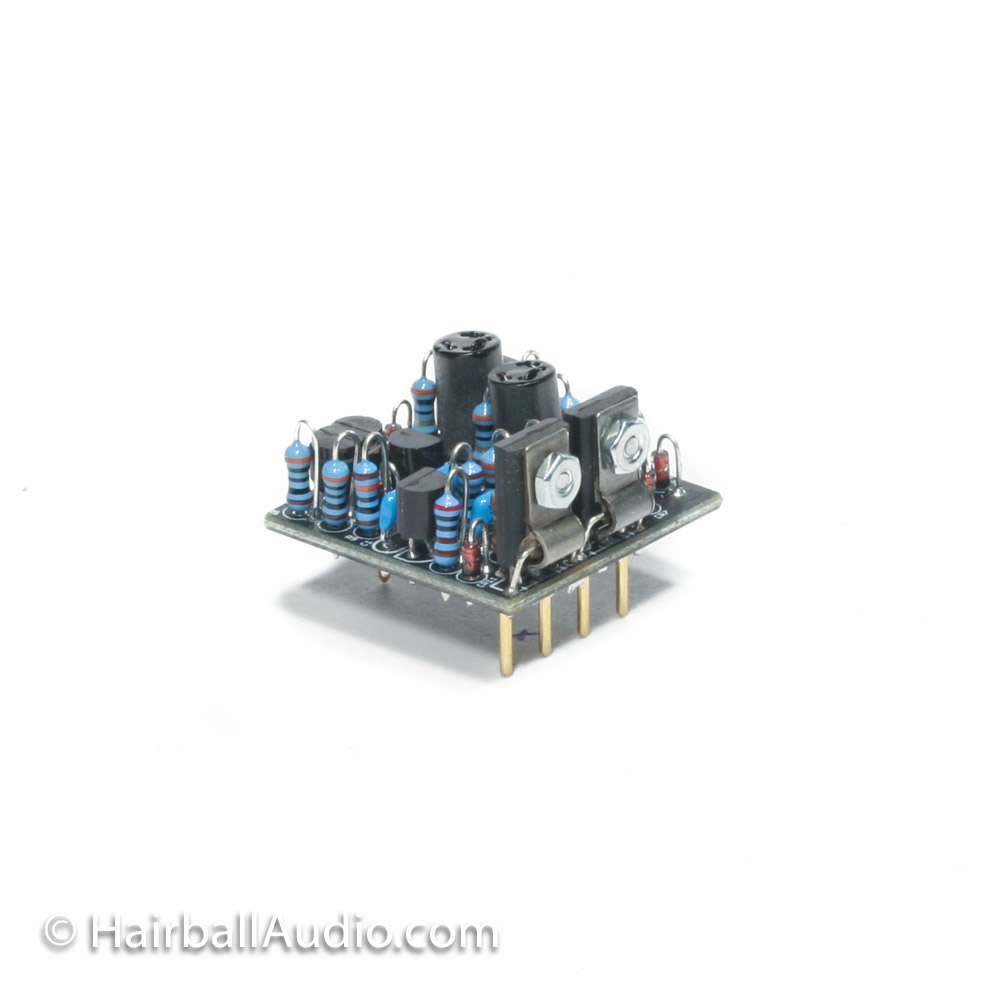 Biasing diodes are thermally coupled to the AB output and transistors using the clip mentioned in the JE-990 paper.

The JE-990 is now available for purchase as a DIY kit or assembled in our discrete op-amps section.